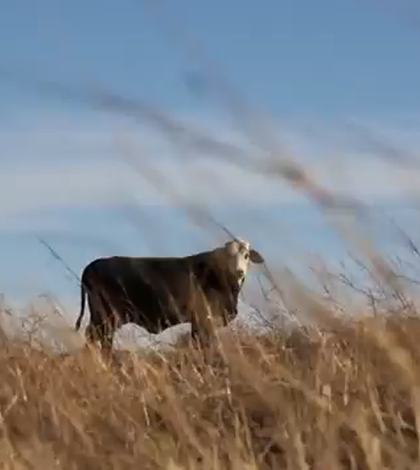 The United States cattle herd is at its lowest level in 60 years, largely because of the drought, The New York Times reports in a special piece on the industry. Many ranchers are struggling to hang on.

Texas has been battling a severe drought since 2010.  Unable to grow their own hay due to lack of rainfall, ranchers are having to buy feed.  The ongoing drought throughout the Midwest has sent hay and grain costs skyrocketing.  A Texas rancher told The Times that he spent 60 percent more for feed in 2011 than he did in 2009.

Texas is the biggest cattle producer in the United States, and the record-low production is visibly apparent there with a number of ranchers quitting the business.

Some ranchers are finding that restoring native grass species is helping.

Gary and Sue Price have spent the last 50 years restoring indigenous grasses on their ranch in Blooming Grove, about 50 miles south of Dallas.  Their 77 Ranch has been able to keep their herd intact with very little feed since the native grasses can be used during the winter months.  An added benefit is that the native grass root systems are preventing water runoff. Gary Price, whose ranch has won several awards, admits that his system might not work for every ranch.

Native grass, how clever. I understand that this might not work for many but it sure seems like a potential solution. We need these ranchers & their cattle. I hope this proves to be a growing trend.

This is terrible news. This problem bleeds into so many areas. From the little rancher to the big ranches, this affects their livelihoods and those of the family’s of the employees. I had no idea that such a large percentage of cattle has been depleted. Just another SMH situation.