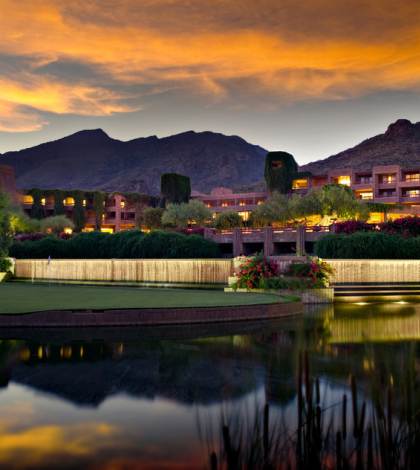 Five U.S. cities were honored on May 3 for their residents’ commitment to water-saving choices as part of the second annual National Mayor’s Challenge for Water Conservation.

Separated into five population categories, the winning cities were:

Residents in all 50 states made more than 44,000 online pledges to save water, use less energy and reduce pollution in four categories – home, yard, community and life – with potential cost savings of more than $30.6 million.  City leaders encouraged their residents to participate in the online challenge, which also provided access to regional water and energy resources along with cost-saving tips, part of a National Mayor’s Challenge for Water Conservation presented by Wyland Foundation and Toyota, in which 70 mayors across the nation participated.

In addition to making water-saving pledges, challenge participants pledged to reduce their use of single-use plastic water bottles by more than 5.4 million bottles and eliminate 69.9 million pounds of hazardous waste from entering watersheds. By altering daily lifestyle choices, pledges also resulted in potentially 18.3 million fewer pounds in landfills and 2.2 million fewer pounds of fertilizer in the waste stream. Potential savings of 67.8 million gallons of oil and 2.7 billion pounds of carbon dioxide rounded out the final pledge results.

At a May 10 event in Denver, prizes will be drawn, including a grand prize winner of a new Prius c from the pool of winning cities’ participants, who are also eligible to win hundreds of water-saving fixtures and gift certificates to Lowe’s stores. A $1,000 Lowe’s Shopping Spree will also be chosen from among the entire pool of U.S. participants. The National League of Cities, CH2M Hill WaterMatch, Rain Bird Corporation, Lowe’s home improvement stores, the U.S. Environmental Protection Agency (EPA) WaterSense, and the U.S. Forest Service supported the challenge too. The additional support from well-known comedians through Comics for Conservation, a series of public service announcements, expanded this year’s environmental message. Pete Dominick , longtime SiriusXM host, stand-up comic and CNN contributor, was the official spokesperson.

Oh this is amazing! Now that I know, I want to get my city involved in the challenge for next year. I love that the children are involved, and how it’s acknowledged the importance of their role in this. The kids are the future, and teaching them to conserve water now will prepare them for the future.

Tomezz is correct. The kids are the future and for those that are interested, aware and curious there seems to be a wealth of ways to participate in a healthier future. The statistics on water saving pledges are impressive.