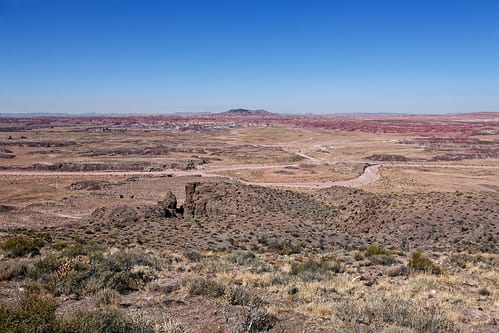 The San Francisco Peaks near Flagstaff, Arizona have spiritual significance to nearby Native Americans and economic significance for those who rely on skiers making their way to the Snowbowl. This apparent clash of interests has been the subject of lawsuits, including an action by the Navajo Nation several years ago. A similar case brought by the Hopi Tribe, located within the Navajo Nation, concerning snow-making at the mountain has been reinstated. According to Public Radio affiliate KNAU, 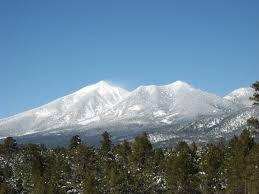 The Arizona Court of Appeals ruled today that the Hopi Tribe has the right to sue Arizona Snowbowl over snowmaking using treated wastewater on the San Francisco Peaks. KNAU’s Ryan Heinsius reports, it reverses a previous decision dismissing the lawsuit.  According to the three-judge panel, the Hopi Tribe should be able to have its case heard before a judge and jury. The unanimous ruling says the tribe’s allegation that it’s suffering a “special injury” from the use of reclaimed water at Arizona Snowbowl is valid. The tribe sued the ski resort in 2010 claiming snowmaking is a public nuisance and impairs members’ abilities to conduct religious ceremonies on the San Francisco Peaks, which the Hopi consider sacred. Under the ruling, the tribe also won’t be responsible for Snowbowl’s attorney’s fees. In 2005, the Forest Service approved the City of Flagstaff’s sale of reclaimed water to Snowbowl. Several tribes challenged the decision, and the Hopi lawsuit is the only one that hasn’t been thrown out in court. Snowbowl did not immediately respond to requests for comment, and a City of Flagstaff spokesperson says the city doesn’t comment on pending litigation.  Five Maricopa County Superior Court judges are among seven nominees for… CONTINUE TO HOPI LAWSUIT ARTICLE

I’m glad the Hopi will be respected. Religious freedom and the ability to practice it are rights not privileges. Snowbowl is a thriving business IF the season is healthy and it has not been in a while if I recall correctly. Yay Hopi