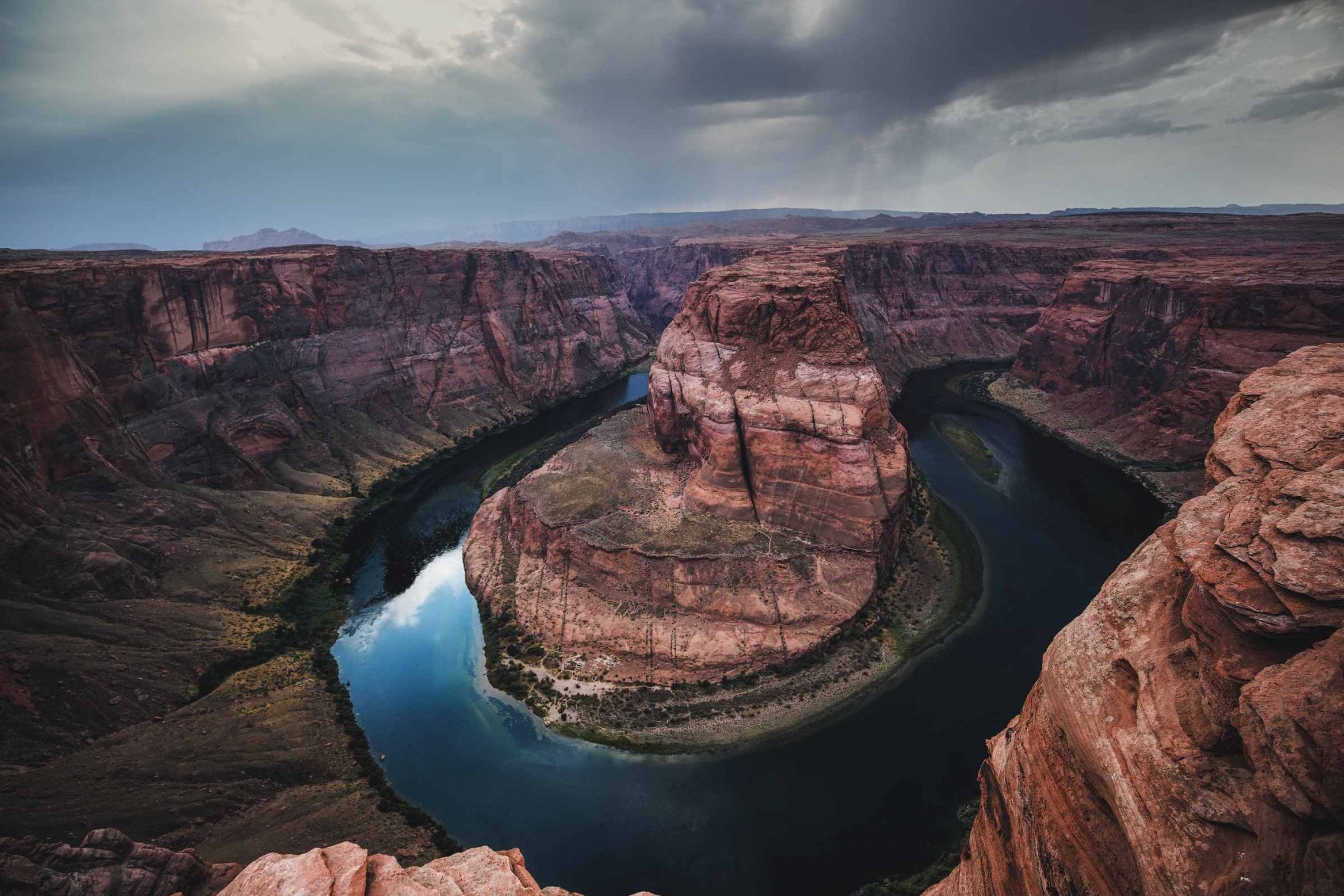 The Colorado River Compact is a deal between seven western states who get rights to parts of the Colorado River. The agreement was first approved by President Hoover in 1922 and there have been some amendments after that.

The compact divides the river into two sections:

The Upper Basin includes Colorado, New Mexico, Utah and Wyoming. The Lower Basin made up of Nevada, Arizona and California.  The Colorado River Compact divides about 15 million acre-feet of water between the two basins, if that much water is actually available.