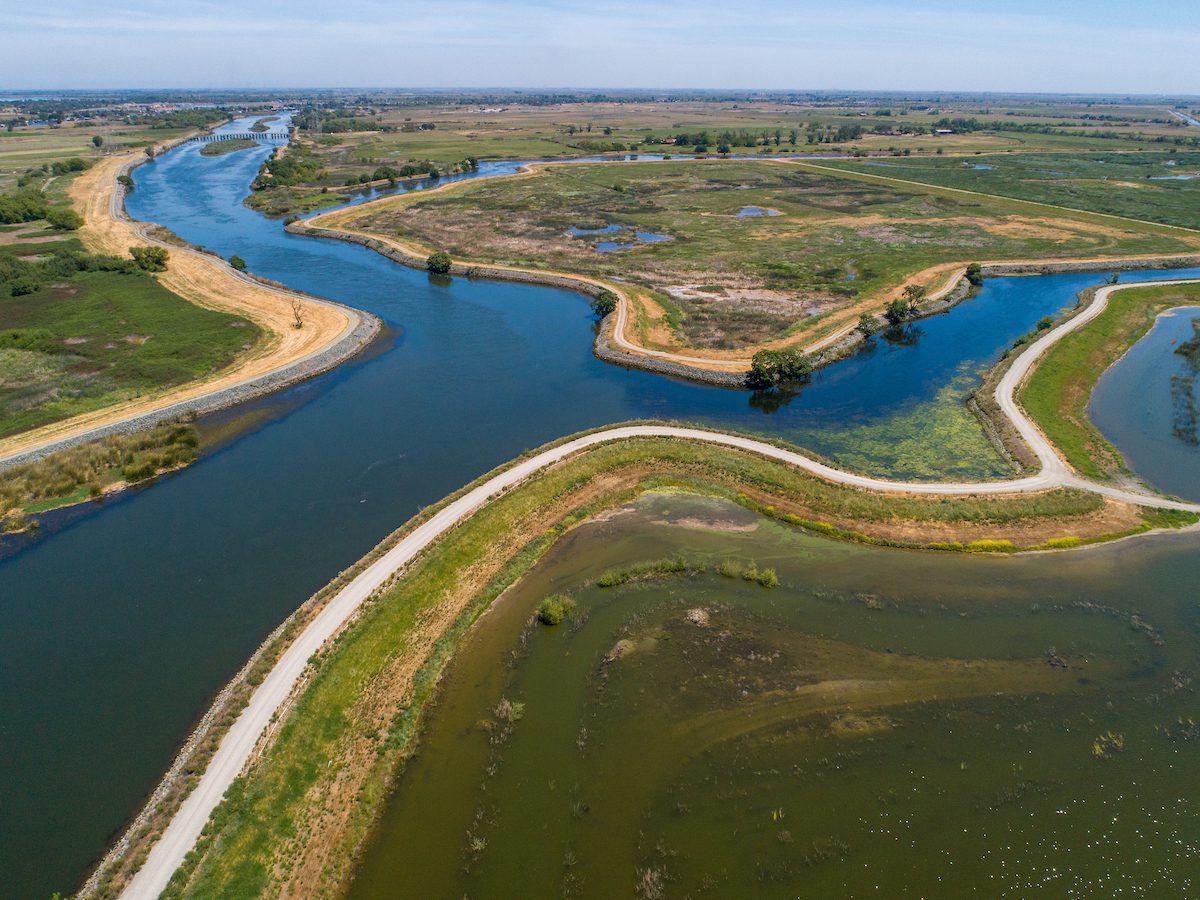 The California Department of Water Resources

announced that it began construction on a temporary emergency drought barrier on the West False River in the Sacramento-San Joaquin Delta. The barrier will help slow the movement of saltwater into the central Delta and prevent contamination of water supplies for Delta agriculture and municipal supplies for millions of Californians.   The emergency barrier will also help conserve critical water supplies in upstream reservoirs for later use by avoiding the need to send large volumes of water into the Delta to repel salinity this summer.

“Keeping saltwater from intruding into the central Delta is essential as a large portion of the state’s fresh water for urban and agricultural use goes through this part of the Delta,” said Ted Craddock, Deputy Director for the State Water Project.

On June 1, a temporary urgency change petition to modify State Water Project and Central Valley Project water rights conditions was approved by the State Water Resources Control Board, which will allow for water to be conserved for later instream uses and water quality requirements. These modifications are needed to help protect cold water pools for salmon and steelhead and maintain water quality while ensuring some water supplies are maintained if drought conditions persist next year.

DWR is working to get the temporary emergency drought barrier in place as soon as possible. The approximately 800-foot-wide temporary barrier consisting of nearly 90,000 cubic yards of rock will span the West False River and prevent salty tides and slower moving salinity from intruding into the interior Delta. Construction is expected to be completed by July 1. The barrier will be removed no later than November 30.

The barrier will block watercraft passage on West False River until its removal and will be marked by warning signs, lights, and buoys. Alternative routes between the San Joaquin River and interior Delta will be available.

Other Projects Planned Along with Drought Barrier.

Along with the drought barrier’s construction, DWR is pursuing long-term planning and permitting in anticipation of future drought conditions. There will be opportunities for public involvement during this process, which will continue into 2022.

On April 21, Governor Gavin Newsom signed an emergency order directing state agencies to take immediate action to bolster drought resistance across the state. The installation of a West False River drought salinity barrier during the 2012-16 drought proved to be an effective tool for reducing the intrusion of salt water into the central and south Delta, and helped preserve fresh water supplies for future critical uses including drinking water and the environment. The West False River drought salinity barrier is just one of many actions DWR is taking to mitigate drought impacts consistent with the emergency order.

One thought on “California begins construction on emergency drought barrier”