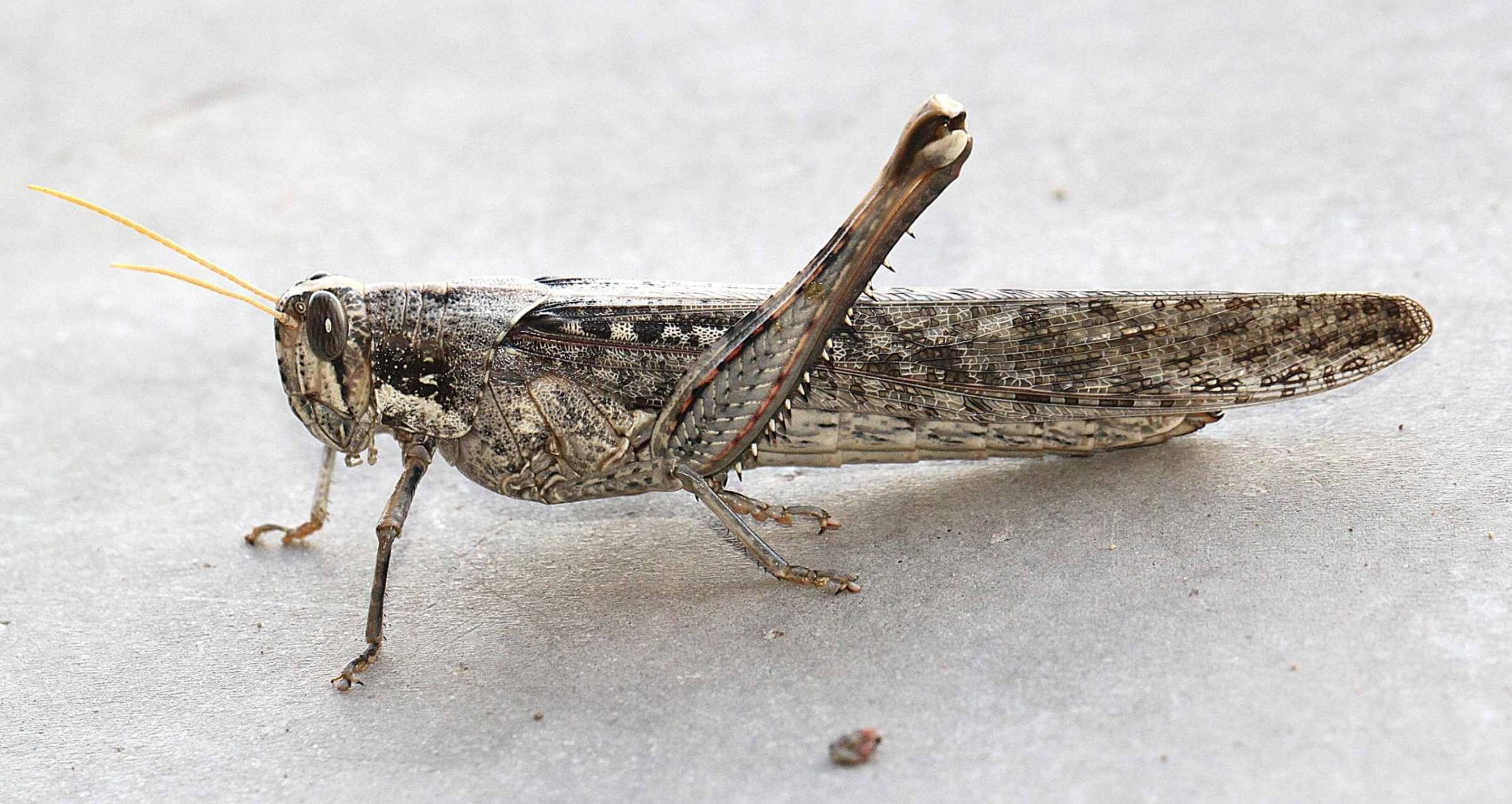 Agricultural production in the western states is already taking a hit from the drought. Adding to the challenges are grasshopper infestations. This is because drought conditions can dry out the parasites that normally eat grasshopper eggs,  leading to larger outbreaks.

The drought in the western states has created ideal conditions for grasshopper eggs to hatch and survive into adulthood, The Guardian reports in a colorful article describing how thousands of agricultural acres are literally eaten up by swarms of grasshoppers.  So far, Oregon and Montana have been hit the hardest but 13 other states also face grasshopper damage according to the U.S. Department of Agriculture (USDA)’s Grasshopper Hazard Map.

The USDA’s  Animal and Plant Health Inspection Service has the authority under the Plant Protection Act to treat Federal, State, or private lands that have economically significant infestations of grasshoppers and Mormon crickets.

In Utah, the natural cycles of grasshoppers and Mormon crickets have appeared to converge and the drought is making matters worse.  Salt Lake City’s Fox 13 says that Utah’s Department of Agriculture and Food is getting reports of both grasshopper and Mormon cricket infestations all over the state, with 10,000 – 20,000 infested acres, adding that the Mormon crickets “have been known to ravage crops, eat paint off of houses and create driving hazards when there are enough of them covering the roads.”

Seeing all those grasshoppers swarming around together looks like something out of a plague horror movie. Wow, I’m seeing the many negative effects of a drought, including drying out the parasites so the grasshoppers can thrive. I’ve never thought that grasshoppers could be detrimental, but clearly they are. Actually thought they were quite cute as a child in the summer.

EW! I had no idea these little creatures caused so much damage. I like them well enough under normal conditions but that drought kills off the egg hunters/eaters is something I did not know.