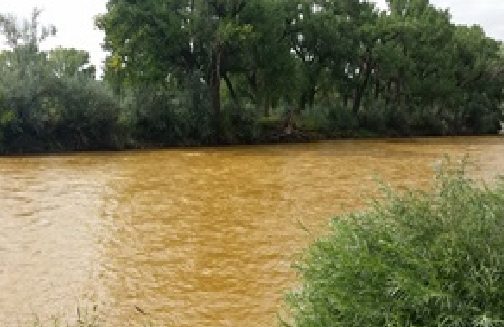 Remember when millions of gallons of waste from the Gold King Mine in Colorado contaminated a river shared by Colorado and New Mexico?

The Environmental Protection Agency took responsibility for the 2015 Gold King Mine Disaster, as it was called, when a leak turned the Animas River yellow (see the video below).

February 16 an agreement in principle to settle New Mexico’s claims against the federal government. The parties agreed to put the current litigation on hold for 90 days so that the terms of the agreement can be finalized in a formal settlement agreement. According to a press release issued by the State of New Mexico, “Final settlement terms will be focused on investing funds into communities in northwest New Mexico to bolster the agriculture and outdoor recreation economies and mitigate the stigma caused by the spill. The settlement will also pay New Mexico’s response costs, restore and conserve riverine and land habitats, provide ongoing monitoring of water quality, and control and mitigate sources of pollution to protect drinking water.”

“The toxic mine spill resulted in millions of gallons of waste in the San Juan and Animas Rivers,” said Attorney General Balderas. “We have fought to hold the mining companies and federal government accountable for the damage they caused and achieve an agreement that provides justice for the region’s culturally unique communities and the needed resources to build up the regional economy that was damaged as a result of the disaster.”

“The US Department of Justice and the EPA have heard extensively from New Mexico about the lasting impact of the Gold King Mine release on our natural resources and our residents who depend on them,” said New Mexico Office of the Natural Resources Trustee Maggie Hart Stebbins. “Through the final settlement, we will expand restoration efforts to address those injuries and invest in communities along the Animas and San Juan Rivers.”

New Mexico’s press release said that the state will continue to aggressively pursue relief for damages from the federal contractors who contributed to the cause of the blowout and are still defendants in the State’s lawsuit. Last year, New Mexico reached an $11 million settlement with the mining company defendants, Sunnyside Gold Corporation, Kinross Gold Corporation and Kinross USA, Inc., for their contributions to the Gold King blowout.