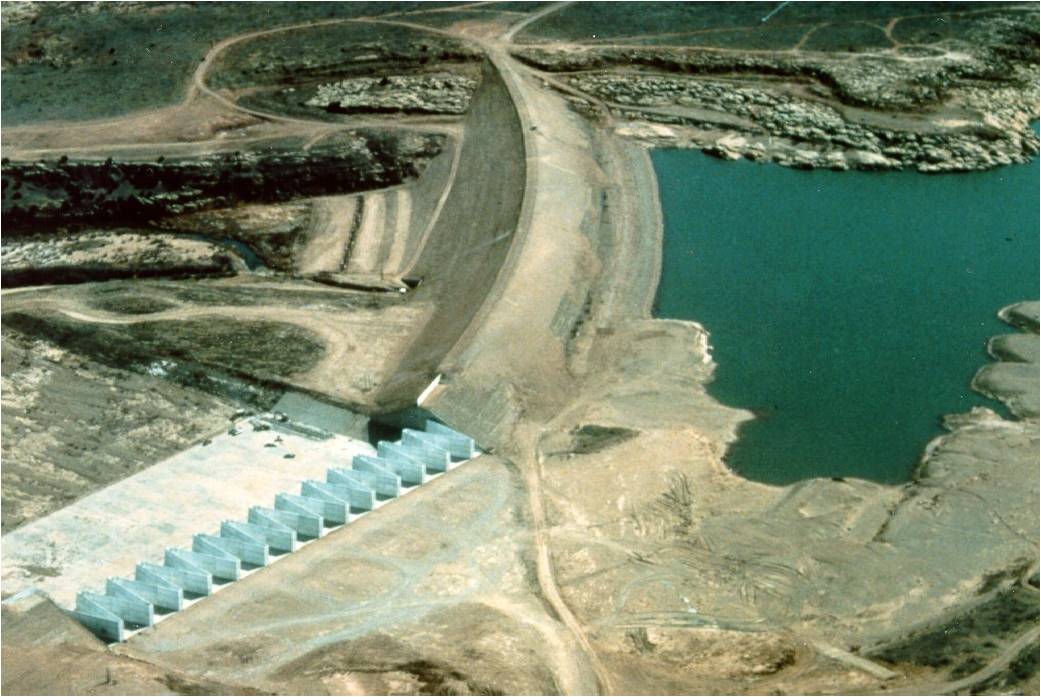 The Ogallala Aquifer is the only source of municipal and agricultural water for much of eastern New Mexico. With current withdrawals from the aquifer, it is estimated that it will be depleted in less than 15 years.

Thanks to the Bipartisan Infrastructure Law, treated surface water will be delivered to parts of Eastern New Mexico including Clovis, Elida, Portales, Texico, Cannon Air Force Base, and unincorporated areas in Roosevelt and Curry counties that currently rely on the steadily declining Ogallala groundwater aquifer for their supply.

that up to $163 million in funding is allocated for the Eastern New Mexico Rural Water System pipeline, which will provide a reliable water source for 70,000 New Mexicans. The funding is a portion of $420 million from the Bipartisan Infrastructure Law

, which will be distributed for rural water projects across six states including Iowa, Minnesota, Montana, New Mexico, North Dakota, and South Dakota. The eastern New Mexico project is receiving the greatest portion of funding. Gov. Lujan Grisham secured an additional $20 million from her capital outlay funding during the 2022 legislative session to complete the state’s cost-share requirements for the project.

, which is owned and operated by the New Mexico Interstate Stream Commission (NMISC), will be the source of up to 16,415 acre-feet per year of water for the Eastern New Mexico Rural Water Supply System pipeline. The water provided for the project is a portion of the water granted to New Mexico within the Canadian River Compact with Texas and Oklahoma. As owner of the water, the NMISC has worked with ENMWUA and the U.S. Bureau of Reclamation to develop this project to relieve the critical municipal water shortage situation in eastern New Mexico.

“No one understands the value of a reliable water source more than New Mexicans. As we continue to feel the effects of ongoing drought and climate change, it is more important than ever to deliver clean water to all New Mexicans,” said Gov. Lujan Grisham

. “I am proud to work with our federal and local partners, as well as state legislators and the Congressional delegation, to advance this critical project in eastern New Mexico.”

“This project is important to the Department of the Interior as it will help ensure the water supply for eastern New Mexico communities as we continue to encounter unprecedented drought,” said Assistant Secretary for Water and Science Tanya Trujillo. “Through President Biden’s Bipartisan Infrastructure Law, we were able to provide this significant boost in funding to move this project toward completion.”

“Immediately upon joining Congress, I began advocating for rural water project investments in our communities. Last year, I led a bipartisan letter to fully fund the Bureau of Reclamation’s Rural Water program and secured $17.4 million in the omnibus for the Eastern New Mexico Water Supply Project,” said Congresswoman Teresa Leger Fernández. “These investments paired with this infusion of $160 million from the Infrastructure and Jobs Act will help complete the project, shaving more than a decade off the timeline so our communities, businesses, and families could have access to clean, affordable water.”

, A labyrinth spillway at the Ute Dam in New Mexico, photo by Bureau of Reclamation