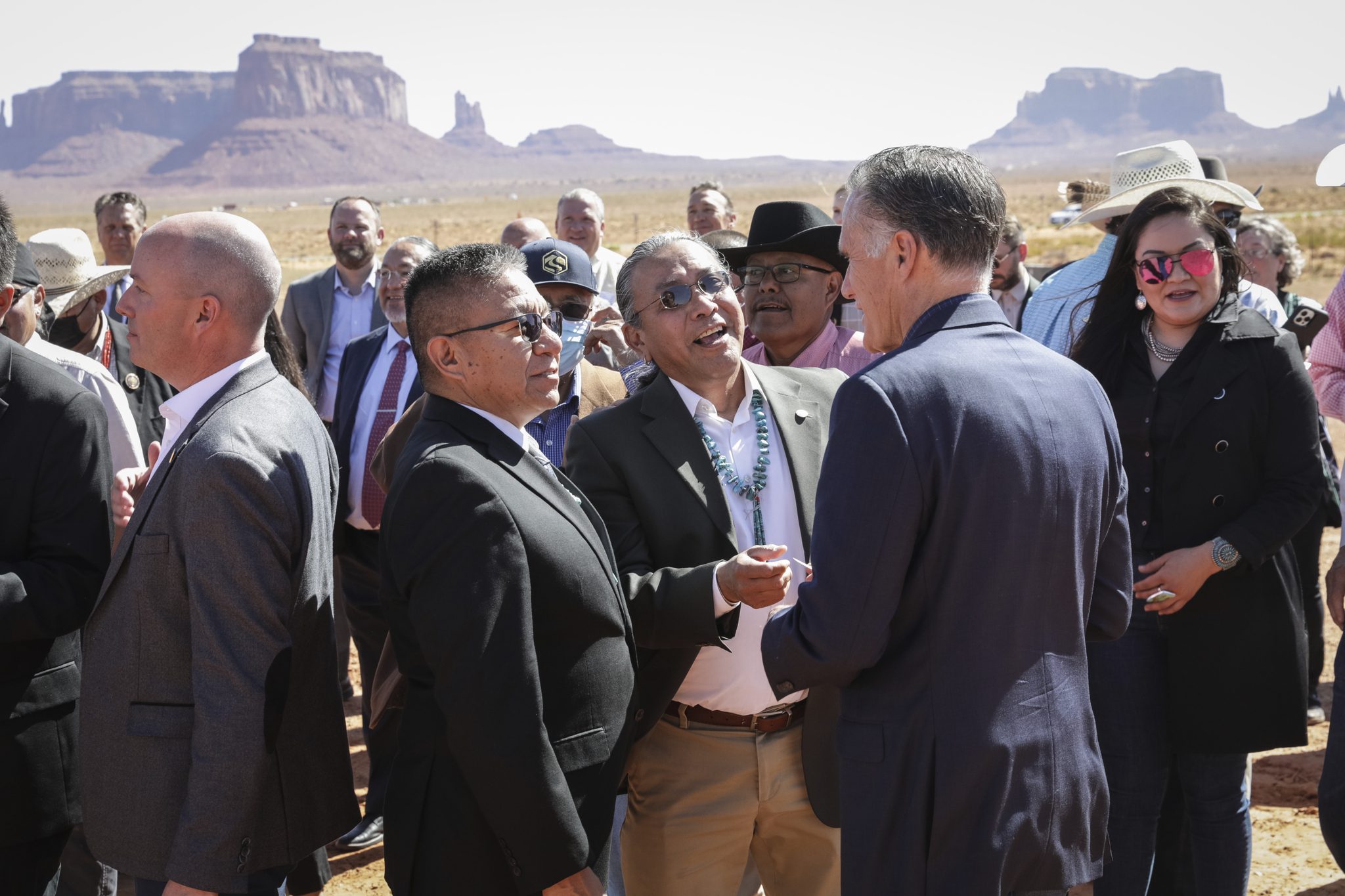 The Department of Interior announced last week the signing of the Navajo-Utah Water Rights Settlement, funded in part with infrastructure funds.

On May 27, Secretary of the Interior Deb Haaland and Assistant Secretary for Water and Science Tanya Trujillo joined Senator Mitt Romney, Utah Governor Spencer J. Cox and Lt. Governor Deidre Henderson, and Navajo Nation President Jonathan Nez to sign the Navajo-Utah Water Rights Settlement Agreement. The agreement, which was approved by Congress in 2020, is funded by President Biden’s Bipartisan Infrastructure Law, which makes a historic investment in fulfilling claims of Indian water rights.

Over 5,000 members of the Navajo Nation live on the Utah portion of the reservation. Only half of the households within this area have indoor plumbing. Those without indoor plumbing must haul water, some taking a 50-mile round-trip, from Halchita to Monument Valley.

To help ensure the Navajo Nation has adequate drinking water infrastructure, the agreement affirms the Nation’s right to use 81,500 acre-feet of water per year from the San Juan River. This will protect existing water uses and support future development in this community.

The agreement also provides over $200 million in federal funding, which will be provided from the Bipartisan Infrastructure Law, and $8 million in state funding for water infrastructure development on the reservation.

Senator Romney’s press release states that The Navajo Utah Water Rights Settlement Act is the result of decades of negotiation and recognizes and protects the reserved water rights of the Navajo Nation and will bring clean drinking water to the Navajo people in Utah.

Overall, the Bipartisan Infrastructure Law includes a $2.5 billion investment to implement the Indian Water Rights Settlement Completion Fund, which will help deliver long-promised water resources to Tribes throughout the states, create certainty to all their non-Indian neighbors, and build a solid foundation for future economic development for communities dependent on common water resources.