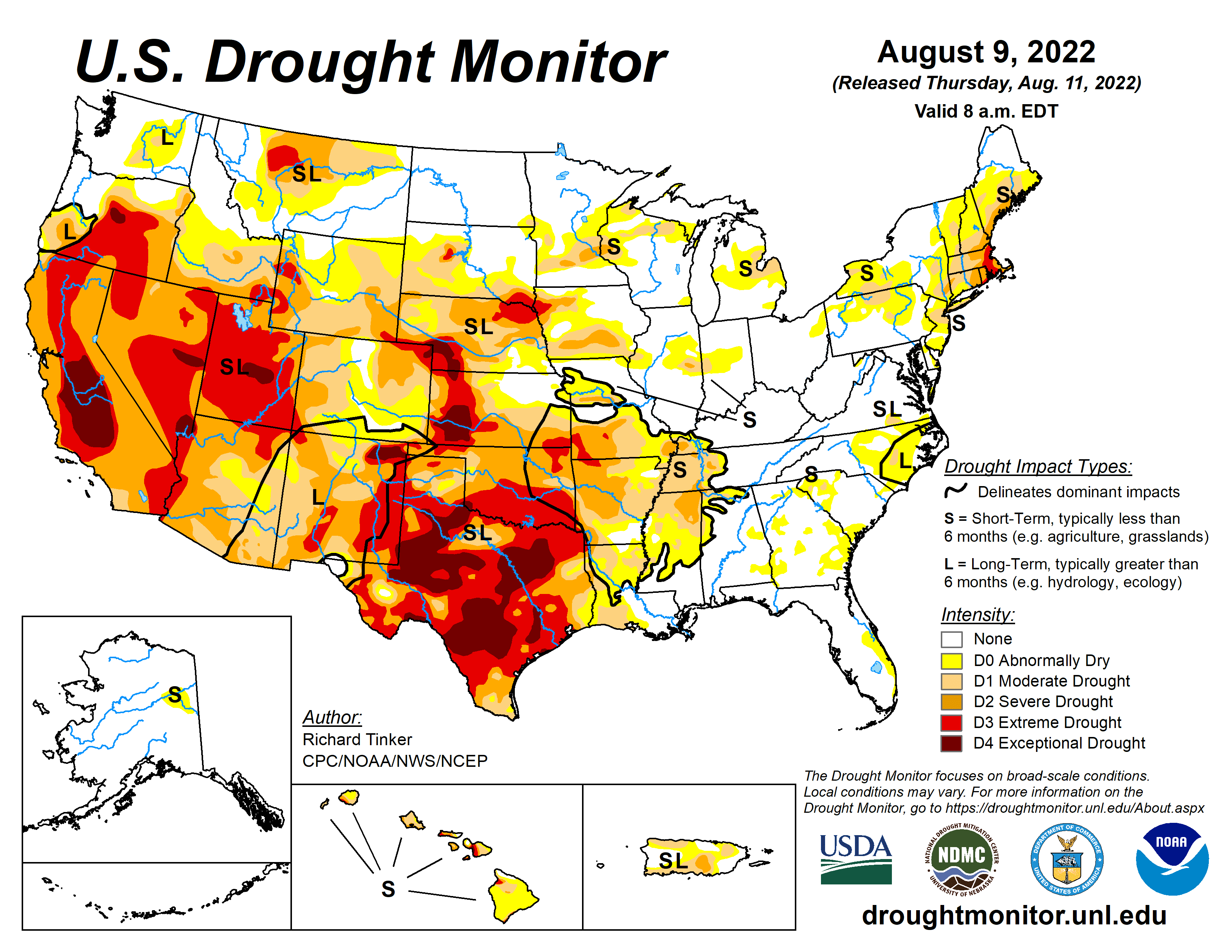 report was issued today and predicts some good news: “robust” monsoons will continue in the southwest.

In its “Looking Ahead” section, the report notes that “Most of the Lower 48 should be drier than normal, with several tenths of an inch falling at best. But there are significant exceptions; A very robust Southwestern Monsoon should be in place through the period, bringing moderate to heavy rain to the Southwest, the eastern Great Basin, the western half of Colorado, and most of Wyoming. Portions of central Arizona, southwestern Utah, and northern Wyoming are forecast to receive 1.5 to 3.0 inches of rain, with locally higher amounts. ”

Above Average Rainfall in August.

states, “The North American Monsoon remained robust in early August. This is continuing to bring slow relief to a region long affected by entrenched drought. Tropical moisture from the monsoon circulation reached unusually far west this past week, into the southern Great Basin and southeastern California. As a result, exceptional amounts of rain fell on the southern half of Nevada and southeastern California, resulting in a very broad area of 1-category improvement. The record rains in Death Valley brought severe flash flooding that closed about 85 miles of road for several days, making many spots in the Valley unreachable. Farther east, rainfall was less remarkable, but still above normal, improving conditions across parts of New Mexico, southeastern Arizona, and parts of the southeastern quarter of Utah. Most locales in Arizona, New Mexico, the California deserts, southern Nevada, and a few other scattered areas have measured at least 200 percent of normal over the past 2 months. Portions of southeastern California, the Sonoran Desert, southwestern and northeastern Arizona, and a large area in northwestern New Mexico have been doused by 3 to 5 times normal rainfall.”