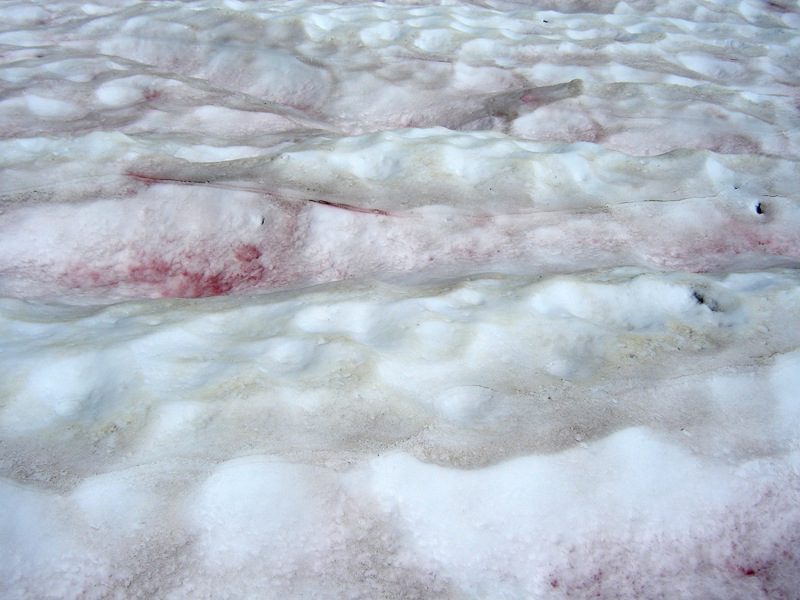 While the snowpack is welcome for a state where 95% of its water supply is dependent on snow melt, the pink color is not.  A green algae species is causing the pink hue and contributing to early snow melt.  The algae is nothing new, according to the scientists interviewed by KUER

, but the increasing amount of it is a symptom of climate change.

Utah experienced drought last summer, with concerns about the dwindling Great Salt Lake reported throughout the year.  In his 2022 year-end report

, the state’s senator Mitt Romney wrote, “Climate change remains a top area of concern for me as drought and water issues have plagued our state this year. I was proud that two of my bills amplifying the work being done by our state Legislature and governor to save the Great Salt Lake were signed into law. The Navajo Utah Water Rights Settlement was also implemented this year, bringing running water to the 40% of Navajo Nation in Utah who lack it. This settlement became a reality with last year’s bipartisan infrastructure bill.”

An example of a snow field tinted by snow algae

One thought on “Utah has a pink snow problem”