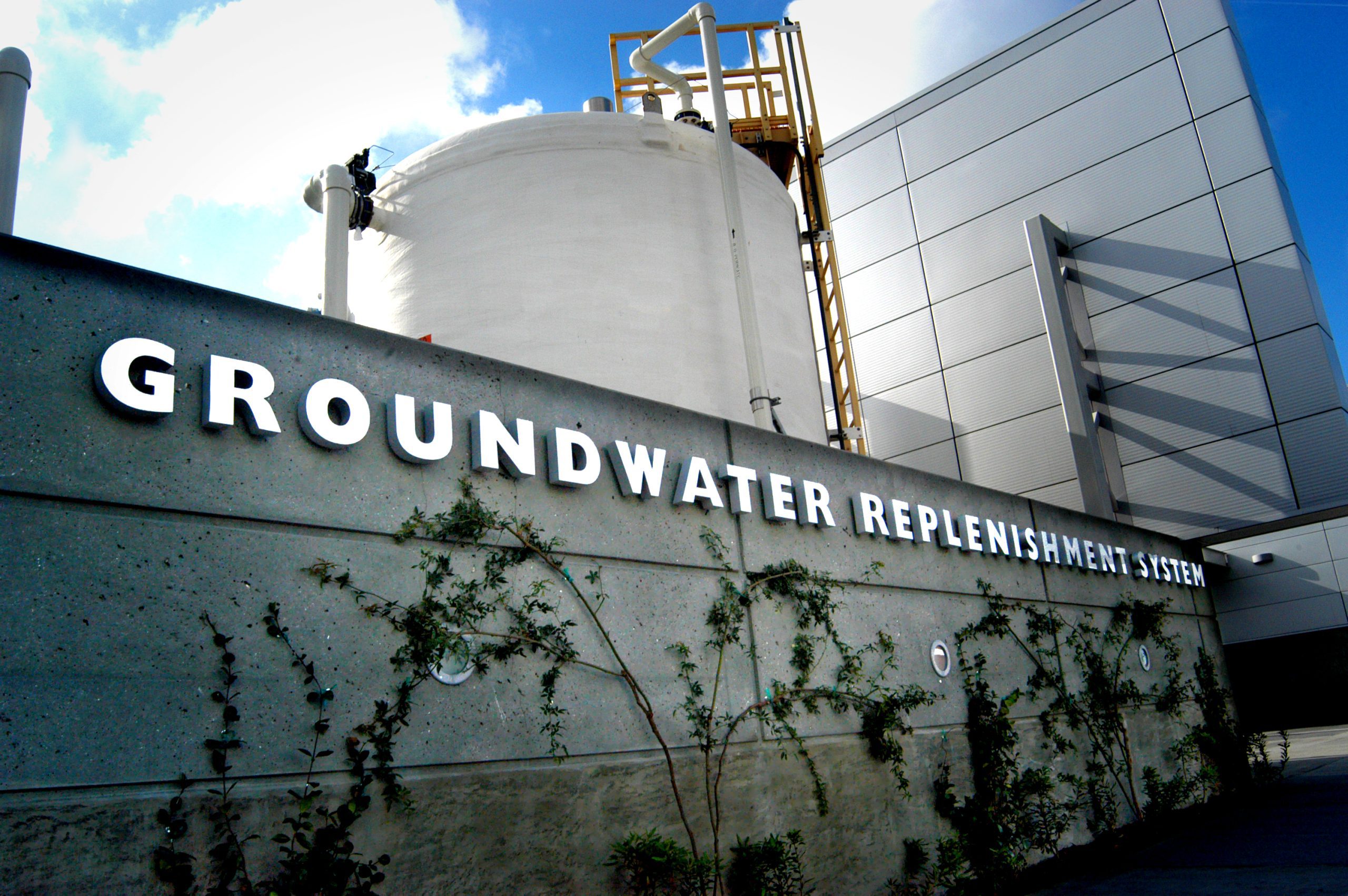 January 19, 2023 – For 15 years, the Orange County Water District and the Orange County Sanitation District have partnered in a successful Groundwater Replenishment System (GWRS) that does what was once unthinkable — purifying wastewater into high-quality drinking water.  Their press release

says that “the GWRS made history when it came online in 2008, overcoming the stigma associated with these types of projects and bringing water reliability to Orange County.”

Today, the multi-agency system is the largest water reuse facility in the world.

The GWRS takes highly treated wastewater and purifies it using a three-step advanced treatment process consisting of microfiltration, reverse osmosis, and ultraviolet light with hydrogen peroxide. The result is high-quality water that is pumped to recharge basins in Anaheim where it naturally percolates into the Orange County Groundwater Basin and becomes part of the drinking water supply for 2.5 million people in north and central Orange County. GWRS water is also sent to injection wells located along Orange County’s coast to create a seawater intrusion barrier that protects groundwater supplies. Over the years, GWRS water has become a primary source used to refill the basin and has allowed agencies served by OCWD to pump more water from the basin and become more locally sustainable.

The GWRS started producing 70 million gallons of water per day in January 2008.  After an expansion in May 2015, the system produced up to 100 million gallons today.  With its final expansion that will go online soon, the GWRS will recycle 100% of Orange County Sanitation District’s reclaimable flows, providing up to 130 million gallons a day.  The expansion will allow the system to serve one million people daily.

“Today, we celebrate this remarkable achievement made possible by the unique, longstanding collaboration of our agencies along with the support of our local water retailers, and so many other stakeholders along the way,” said Orange County Water District Board President Cathy Green

. “This award-winning project provides local reliability to our region, decreases our dependence on imported water and serves as a model for the rest of the world.”

Orange County Sanitation District’s Board Chairman Chad P. Wanke added, “We are thrilled to commemorate 15 years of successful operation of the GWRS. The recent milestone of recycling 100 percent of our agency’s reclaimable flows provides critical water source stability for Orange County. This multi-agency system is the world’s largest water reuse facility and an example of what can be accomplished when agencies focus on the needs of those they serve.”

is a public agency that provides wastewater collection, treatment, and recycling for approximately 2.6 million people in central and northwest Orange County. The special district is governed by a 25-member Board of Directors, composed of 20 cities, four special districts, and one representative from the Orange County Board of Supervisors. The sanitation district has two operating facilities that treat wastewater from residential, commercial, and industrial sources.