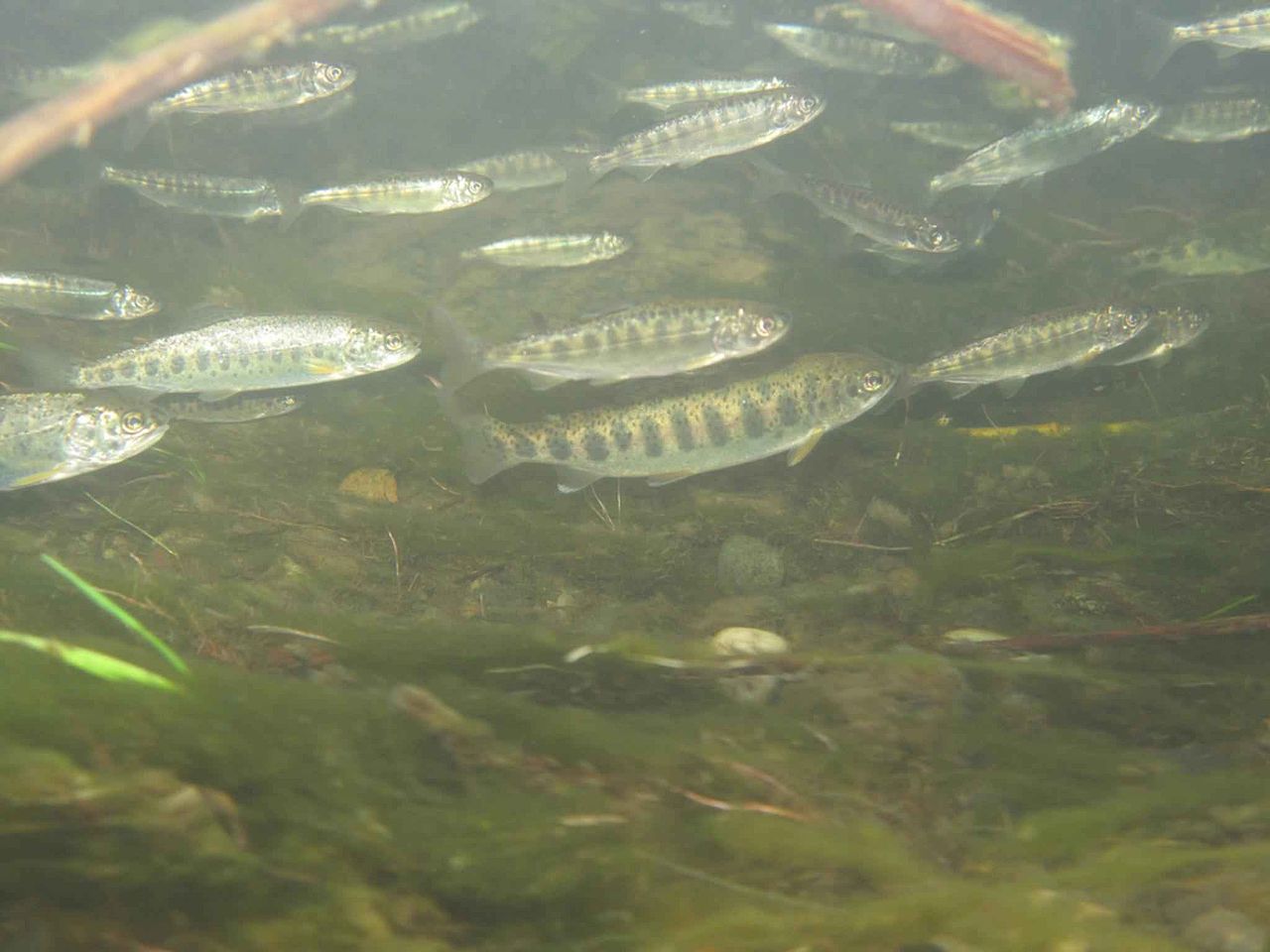 The endangered winter-run Chinook salmon could be cooked to death this fall, the Sacramento Bee

reports.  That’s because the Sacramento River is so hot from the drought that juvenile salmon cannot survive.

.”  Its headwaters are near Mount Shasta and are regulated at the Shasta Dam. From Mount Shasta, the river flows about 384 miles to the Sacramento-San Joaquin Delta.

The Fish vs. Farming Conundrum.

With the Chinook salmon facing extinction this year, the National Resources Defense Council

said in May that the species could be saved if releases from Shasta Dam were curtailed, which would  maintain more cold water in Shasta reservoir at the end of September that can be used to help cool fall run eggs and fry in October.    But stopping releases spells economic doom

for struggling farmers and others who rely on the river and its reservoir system for irrigation.  Already, thousands of junior right holders have received notices of water unavailability.

Throughout the state, California’s reservoirs are depleted.  More than 1,500 reservoirs are 50% lower than they should be this time of year.  Lake Shasta is no exception.

Lake Shasta is facing  its lowest level in at least 44 years, and that could be bad news for the people who rely on it for drinking and irrigation water, as well as endangered salmon that depend on it to survive.  The U.S. Bureau of Reclamation, which manages the dam, is charged with stretching the limited supply to cities, farmers and wildlife that depend on the water.

Over a Million Chinook Salmon Relocated.

North of Shasta, the California Department of Fish and Wildlife (CDFW) successfully relocated 1.1 million juvenile, fall-run Chinook salmon from its Iron Gate Fish Hatchery in Siskiyou County. Fish are normally released from Iron Gate into the Klamath River, which is the state’s second longest river.

The fish were trucked to a nearby satellite facility and to the Trinity River Hatchery 122 miles away where the fish will remain until conditions in the Klamath River improve.  The CDFW says that the temporary relocation marks the first time CDFW has not released salmon into the Klamath River

since construction of the Iron Gate Fish Hatchery in 1962. In its news release, CDFW says:

“It’s extremely challenging to raise cold water fish species in a drought,” said Dr. Mark Clifford, Hatchery Environmental Scientist for CDFW’s Northern Region. “The reality is most of these fish would have died if we released them into the river. We need to maintain the integrity of the fall run on the Klamath River and we especially can’t afford to lose this generation of fish.”

Four Klamath River dams are slated for removal by 2024, the largest dam removal undertaking in U.S. history. The removal is expected to restore fish access to the entire river.