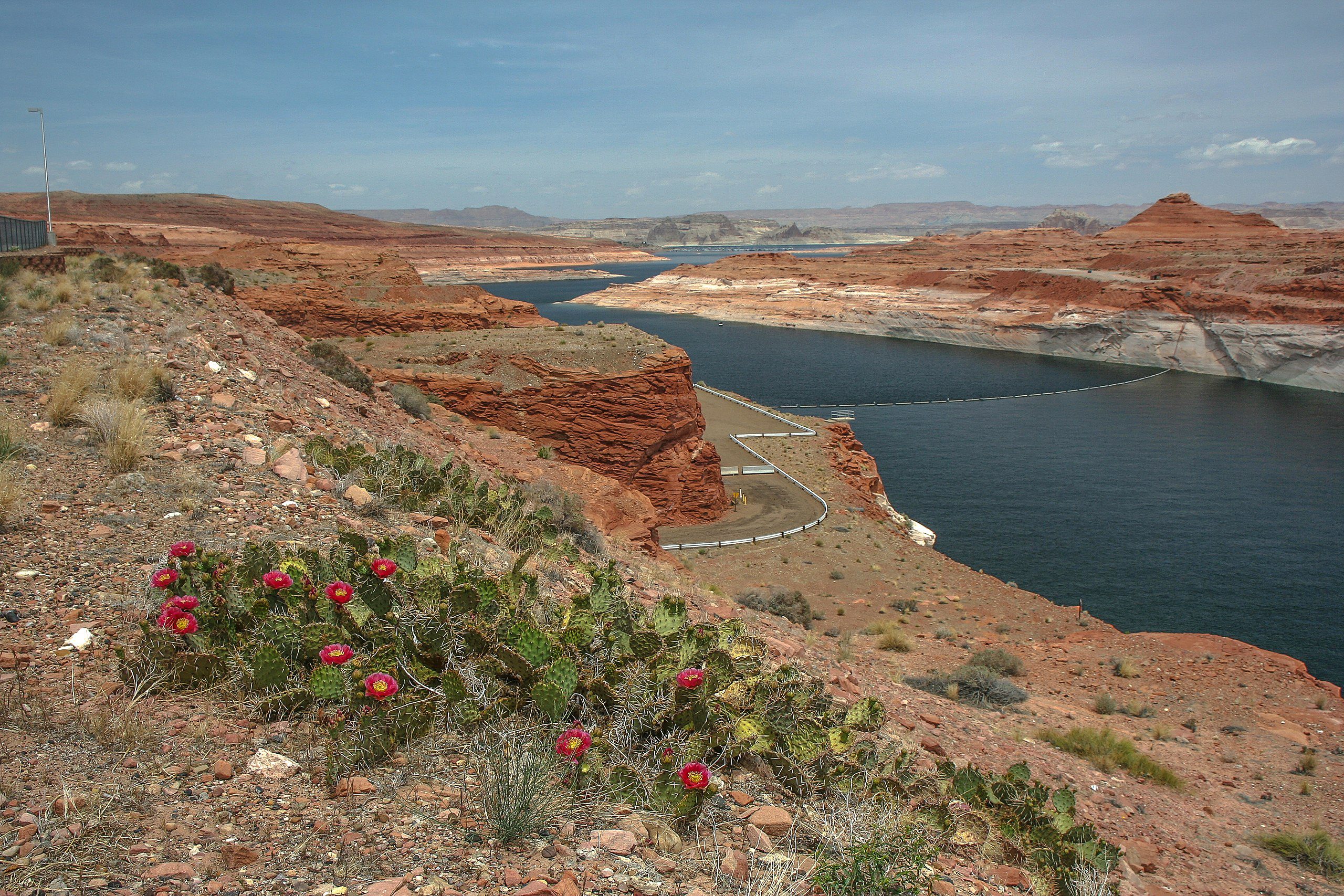 It might be running low on Colorado River water to impound and to use for hydropower, but nonetheless, the Glen Canyon Dam has received the 3rd International Milestone High Concrete Dam Project Award on April 12.

In acknowledging the award, the Bureau of Reclamation

described the 710-feet high structure.  “Glen Canyon Dam is the second-largest concrete-arch dam in the United States. Glen Canyon is the key unit of the Colorado River Storage Project and its reservoir, Lake Powell, is one of two main storage reservoirs of the Colorado River system. Lake Powell can store 25 million acre-feet of water and serves as a ‘bank account’ of water that is drawn on in times of drought to provide water to approximately 40 million people, irrigate 5.5 million acres of agricultural land, and generate up to 1,320 megawatts of hydropower electricity for an estimated 3 million people.”

In its press release, Reclamation writes

, “Reclamation’s design concept of Glen Canyon Dam was based on one for Hoover Dam, however the foundation rock at Glen Canyon consists of porous sandstone prone to spalling, in contrast to the hard granite at the Hoover Dam site.”

Glen Canyon Dam is currently operating at its lowest elevation since the initial filling of Lake Powell in the 1960s. According to the Bureau of Reclamation, this is due to 23 years of drought, amplified by climate change.  The reservoir is at risk of dropping below the minimum power pool elevation of 3,490 feet, which is the lowest point Glen Canyon Dam can generate hydropower.

The Bureau of Reclamation

writes that is working with the Upper Division states of Colorado, New Mexico, Utah and Wyoming on a drought response plan to help boost Lake Powell’s elevation by sending additional water from upstream reservoirs in the Colorado River Storage Project. The plan is expected to be finalized and ready for implementation by May 2022.

Other recipients of this year’s award include the Jinping I and Xiangjiaba dams in China and Okutadami Dam in Japan.

. Milestone projects are nominated and chosen by members of an international expert panel based on selection criteria including implementation of outstanding technical innovations, good performance, environmental and social aspects, and local contributions of the project. Reclamation’s Hoover Dam was the recipient of the inaugural award in 2011.