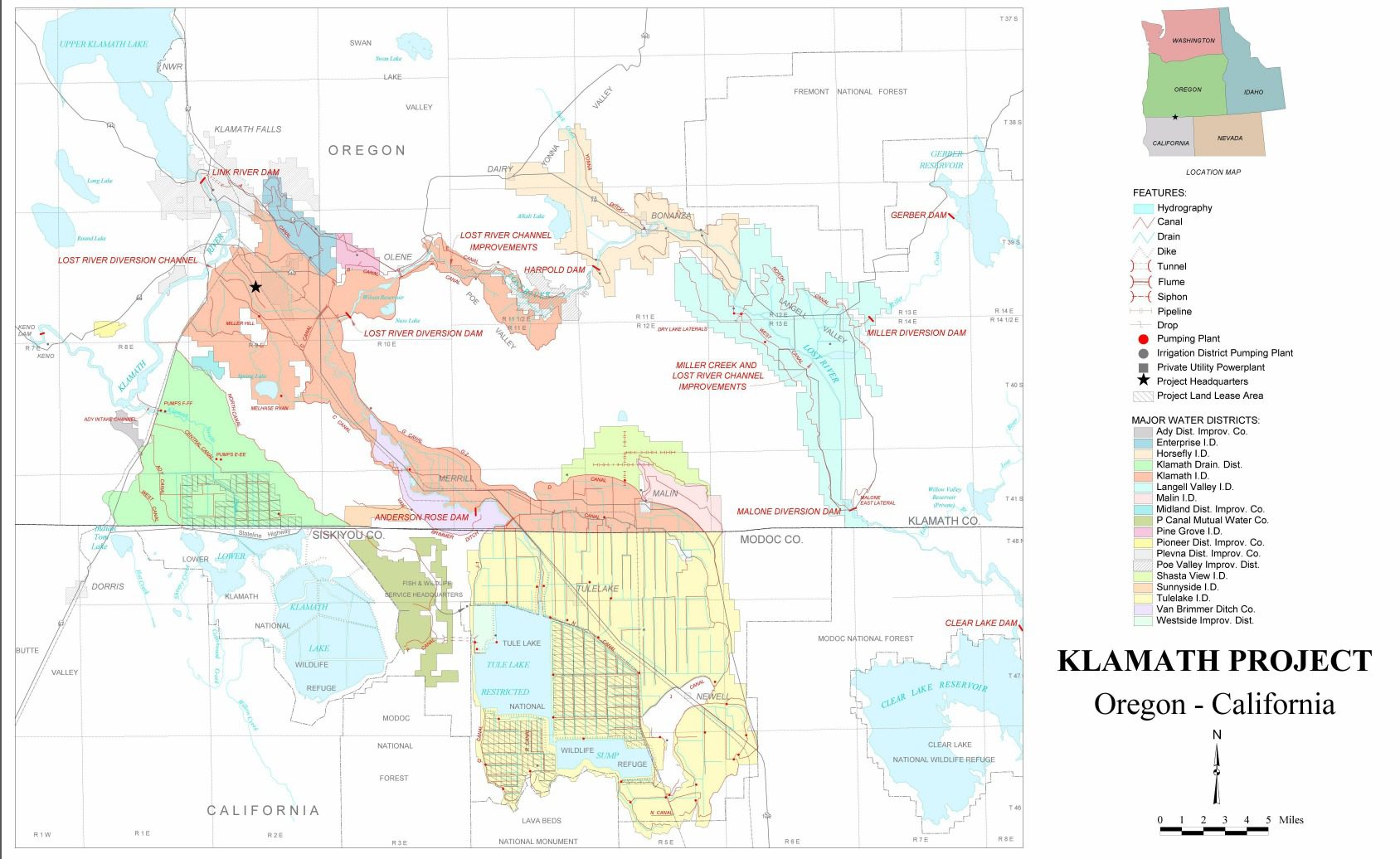 , first reporting that the District would defy federal orders

and continue to deliver water to farmers along the Oregon-California border, but then updated to say that the District will comply.

, the District has shut its canal that diverts it Upper Klamath Lake water allocation.

, asking for the legal basis for shutting down its water entitlement.  “The Board of Directors will reconvene on Friday, August 26, 2022 to consider the information provided, if any, and provide me with further guidance on how to protect the District from Reclamation’s unlawful and arbitrary decisions that are causing so much harm to so many,” wrote Gene Souza, the District’s manager.

Image:  Map of the Klamath Project