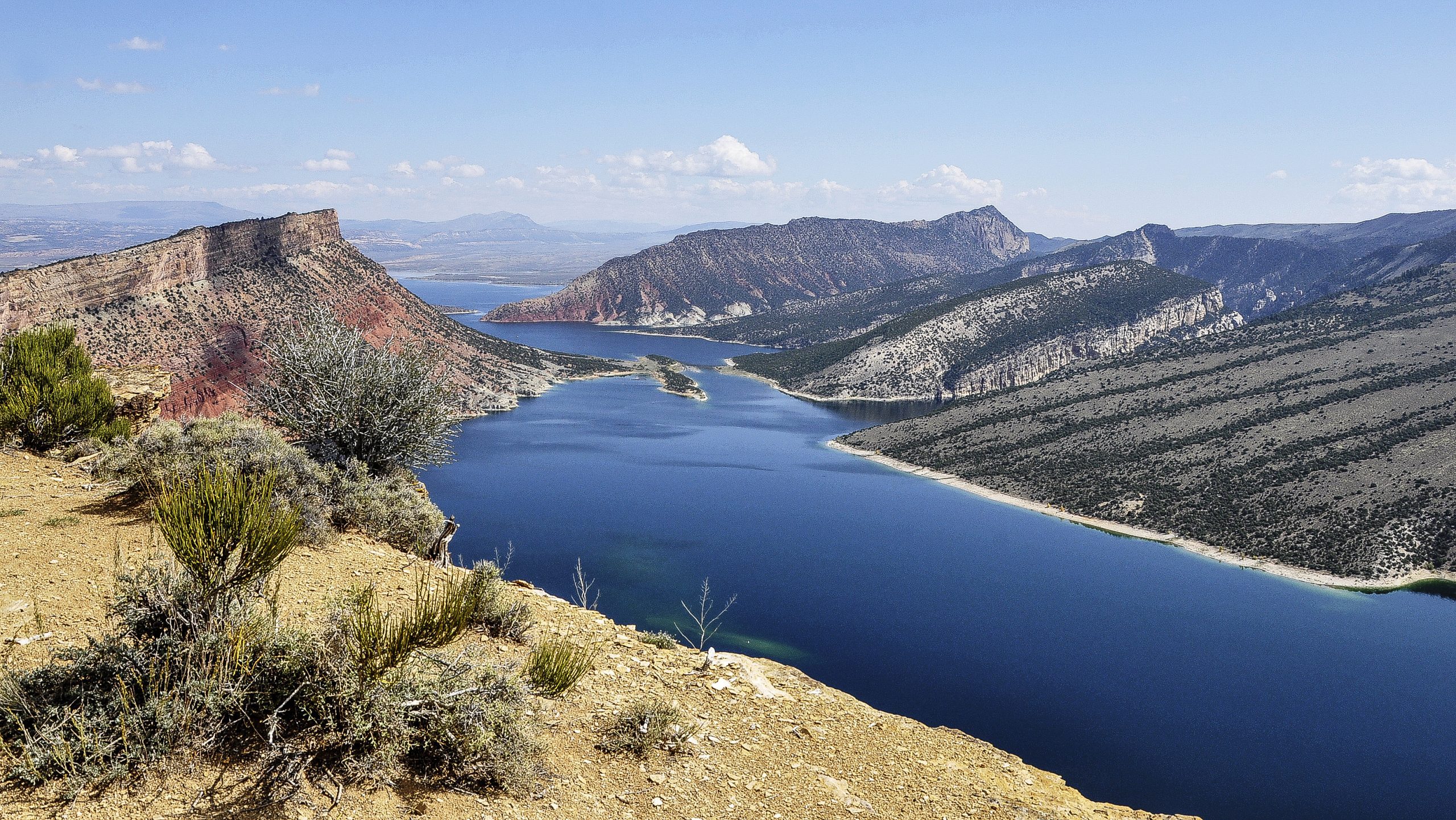 Earlier this year, when Utah’s Flaming Gorge reservoir was 80% full, the reservoir bought Lake Powell some time.  The plan was to release 500,000 acre-feet of water from Flaming Gorge between May 2022 and April 2023 to protect critical elevations at Lake Powell.  The plan was part of the 2022 Drought Emergency Plan that also called from releases from Blue Mesa and Navajo Reservoirs.

The days of emergency water releases are now numbered, according to Jerd Smith at Fresh Water News

.  Now at 50% capacity, the Bureau of Reclamation says Flaming Geroge is capable of just two more emergency releases.  Blue Mesa and Navajo Reservoirs are at less than 50% of capacity themselves and are considered too low to provide much, if any, additional relief, Smith writes.

Smith reports a troubling outlook for the years ahead, noting that “Right now, Powell stands at 3,533 feet, just 8 feet above the top of a buffer pool that must be maintained to keep the reservoir’s power turbines operating. Lake Mead is similarly low, with an elevation of 1,043.42.”