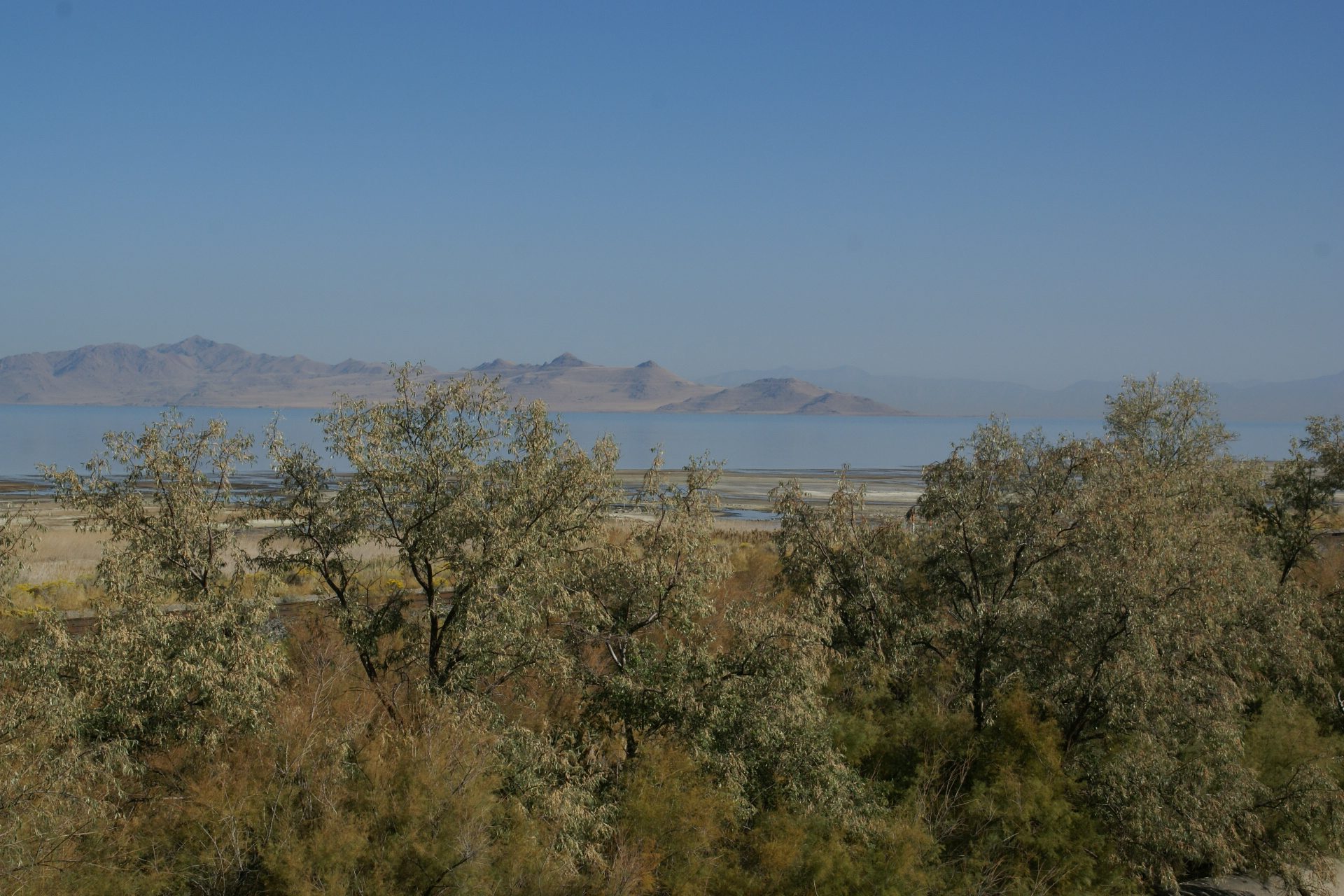 Utah’s Great Salt Lake has been shrinking at an alarming level, causing at least one lawmaker to characterize the situation as an “environmental nuclear bomb.” About two-thirds of the lake has dried up, exposing a lake bed that produces arsenic laden dust and threatening the ecosystem that supports wildlife.

— or UYES for short — it’s not enough.  UYES was founded in 2017 with the effort to educate the Utah State Legislature about Climate Change.

Despite the heat, about 100 young people gathered at the lake last Saturday for a “die in” event.  According to the Great Salt Lake Collaborative

, the lake’s funeral was marked with a graveyard of cardboard tombstones marked with messages such as “I died from arsenic poisoning,” “Utah values alfalfa over my life,” and “Utah government didn’t protect me.”

The Great Salt Lake as seen from Interstate 80 near Magna, Utah, in 2012.  Hermann Luyken, Wikimedia Commons