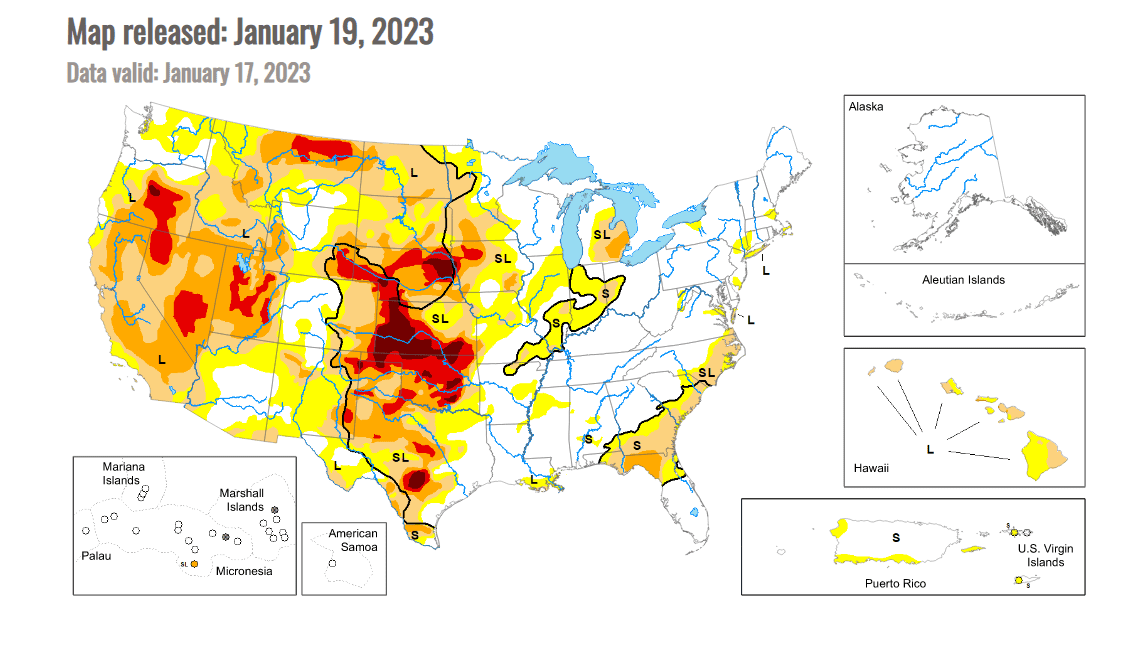 According to the Drought Monitor:

With smaller reservoirs filling and water seeping into the aquifers, there’s reason for hope. But as the Christian Science Monitor

reports, the Colorado River basin states are not drought-free yet, writing:

The atmospheric rivers stretched into Oregon and Washington state, and then moved east to the Rocky Mountains, where snow feeds the Colorado River. The Colorado River Basin provides water to 40 million people in seven states – Colorado, New Mexico, Utah, Wyoming, Nevada, Arizona, and California – and it’s running dangerously low. So low, those states have until Jan. 31 to come up with plans to reduce their water use, or the U.S. Bureau of Reclamation will step in and dictate the cuts. That deadline, and the need for states to drastically reduce their water use, have not been affected by the winter storms.

The Upper Basin has received more than 150% of median snowpack in some places. But “one wet season is not enough to fully resolve the river’s water issues,” said Erinann Saffell, state climatologist with the Arizona Department of Water Resources, via email.

More precipitation is coming, according to the Drought Monitor

with is forecasting near-to slightly above normal precipitation from January 25 to the end of the month for most of the United States.