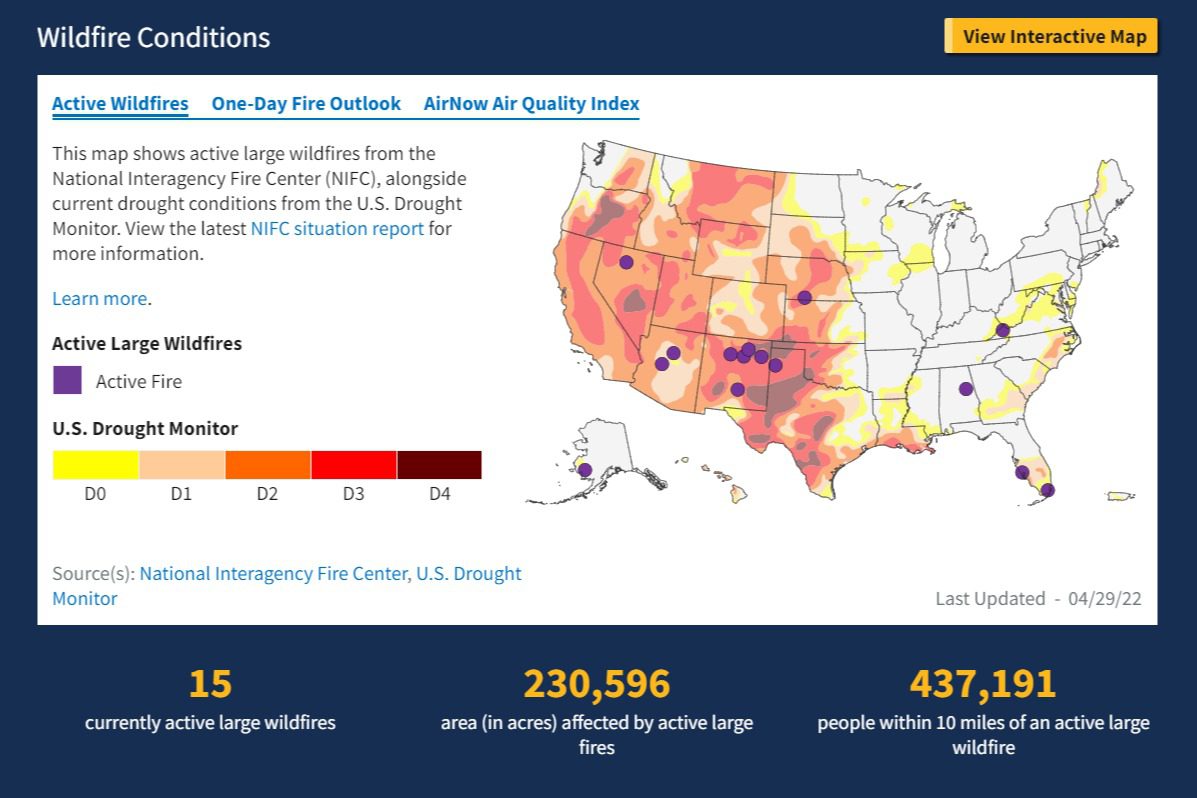 As April draws to a close, wildfire season in the Southwest seems to have sprung early.

An interview by National Public Radio

revealed that 2022 is going to be an explosive year. The station interviewed Park Williams, a UCLA professor who has studied the fallout of the 23-year megadrought in the Western U.S. “We did a great job for a hundred years stopping fires,” Williams said. “But we, despite our best efforts, are losing control of the fire regime in the West. There are too many trees, and it’s too warm. Things are drying out, and we’re getting a lot of fire.”

In New Mexico, CNN reports that wildfires have burned “more acres so far this year (over 173,000) than in seven of the last eight years,” and there are a couple of months to go for the traditional wildfire season.

Arizona has also experienced an early fire season this year, with over 28,000 acres burned up in the Tunnel and Crooks fires alone. The Payson Roundup

warns that “The federal government is scrambling to find enough firefighters, air tankers and other resources to respond to a fire season that normally doesn’t get this bad until mid to late May. However, a light snowpack and a warm, dry, windy spring has supercharged the fire season this year.”

across the west due, in part, to wildfire danger.

. As shown on the image at the top of this post which shows some of the larger active wildfires, there is a correlation between drought and wildfire.